What Depression Is Like and How to Overcome It | Best Guide

Home » What Depression Is Like and How to Overcome It

What Depression Is Like and How to Overcome It

In this day of age a lot of us live not knowing what depression is. No wonder we have no clue how it affects us as a human race. But the truth is, the majority of us have experienced it at some point in our lives. I know I have, but lucky for me, I was able to find my way out just in time to take advantage of this beautiful life I would later be introduced to.

I was broken. In other words, I was always in a state of hopelessness. Sounds like depression right? I knew this world was a beautiful place to live. But unfortunately, that picture was too clouded by this world I had created in my mind. I was convinced that I was hopeless. Therefore, every time Murphy’s Law paid me a visit, I continued to victimize myself asking, “Why me?”

Do You Know What Depression Is?

Many of us don’t know what depression is even when we’re going through it. To me, it was just a card that I had been dealt. I couldn’t understand why

I was deserving of such a hand. For all I knew, I was the only one going through it. I couldn’t understand how everyone around me could be smiling when I felt I had not a reason to.

No matter how hard I tried, it just seemed like peace was never on my side. I was in a depressed state but had no idea what that was like. It was easier for me to believe that this was just the way my world would be. Little did I know that along with these thoughts would come a lack of value for life. That’s right, when you start to believe in a false narrative, it becomes real to you.

At that point in time, my life had no meaning. I’d wake up every day not understanding why I was still alive. It was as if I was living my entire existence waiting for life to serve me my final blow. During those times, in such an unknown depressed state, never did I think I would live to see this day. Because at that point, life itself was my worse enemy. As hard as it is for me to say, I hated it.

Everything that life served me seemed so temporary. Andy every time a good moment presented itself, it was as if I was bracing myself for what was to come. I had been so accustomed to negative, that was all I looked forward to. Because in my mind, experiencing any better was like pure fantasy.

A New Life Was Born

Due to my culture I was never supposed to know what depression is. One thing that I did realize was that everything I thought was true. In other words, my life and the meaning that I had placed on it was just that. The truth was, this depressed state had created everything that lived inside my mind.

There wasn’t a thing that I thought that didn’t come true. I thought the world hated me and from hate, I couldn’t hide from. I felt like I wouldn’t live long and boy 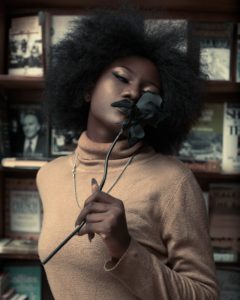 did I smell death as if it was right around the corner. Honestly, at that point, my focus became my reality.

Just like many others, I was lucky enough to have a voice deep down inside of me that yearned for life. For me, depression was a result of a feeling I felt that I didn’t deserve. And I fell deeper every time I experienced it. It wasn’t because it was destined to be this way. It was because I gave in to a feeling I was far greater than. That voice yearning for more was like a caged animal itching to get out. Little did I know, it had been waiting for my permission all along. That’s right, I had the, but had no clue. I had built myself up to believe these false narratives for so long that I had given it a place to live.

A New World A New Day

What is depression? I didn’t know then, but I know now. Depression isn’t what I was unable to control. It’s everything I submitted to that was fighting against me. Most importantly, it was my contributing to destroying all of the greatness I was born with, the very things that made me shine. It was like living in a house but choosing to navigate through it with the lights off.

For me to get out of this depressive state, I would need to accept my reality. I would need to go further away from the false narratives that I had adopted. Never would I drink a cup of poison if it was offered to me, but yet I had fed my mind with such.

I had to accept that I had a choice and the life that I had help paint I had the ability to change. The more I realized I could change, the more empowered I felt and the less hopeless I felt. It was only then did I step out of the passenger seat in order to direct more efficiently. It’s hard to drive sitting in the back seat right? Impossible.

Fast forward to today, I have not only overcome this temporary state, but I am living more than I could ever imagine. I have come to realize just how easy it is for us to snap out of any state. It’s all about taking ownership and knowing that what I feed my mind and what I accept as my reality becomes just that. You are what you eat and you are everything you truly believe you are.